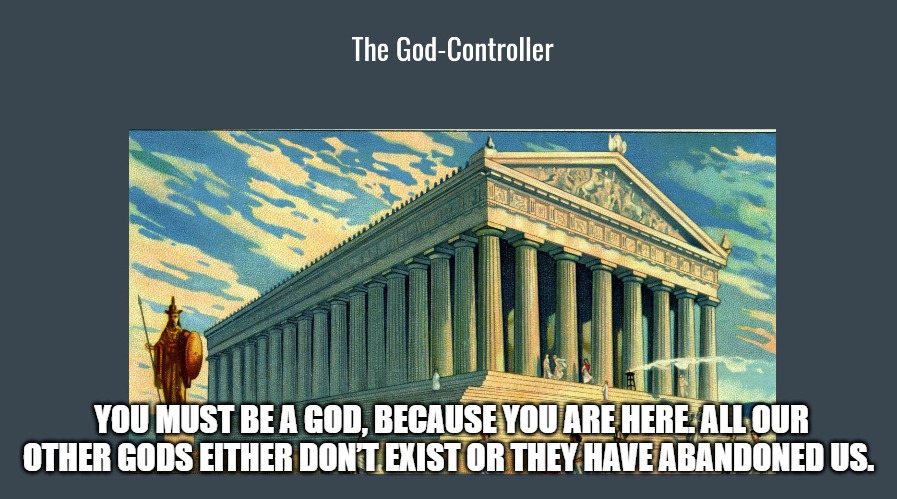 In antiquity, after Alexander the Great died, his empire was split between his generals.

In this period, Athens was no longer a big military power, and couldn’t defend itself anymore.

At some point an enemy army was approaching the city with some hurtful intentions.

Everybody in Athens was terrified.

Before it was too late, some sort of warlord, marched in with his army to defend the city.

The Athenians were incredibly happy, grateful and relieved.

They told the general: You must be a God, because you are here. All our other gods either don’t exist or they have abandoned us.

This is how the developers felt about the controller.

So they started putting all the business logic into it.

You can imagine what happened to the controllers.

This meme is part of the “Levels of Abstraction – An MVC discussion” episode of the Clean Code course.

You can watch the Clean Code courses here: